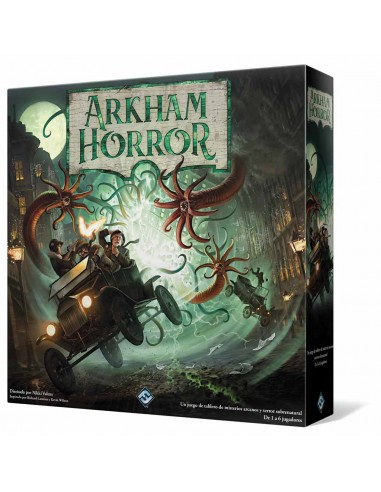 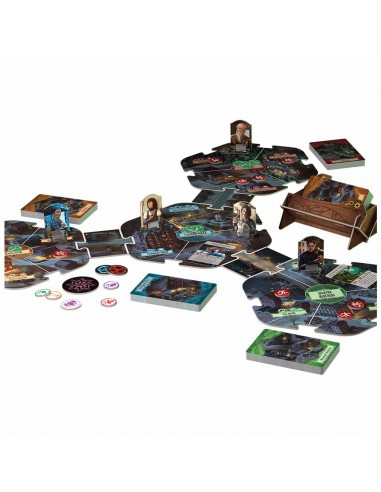 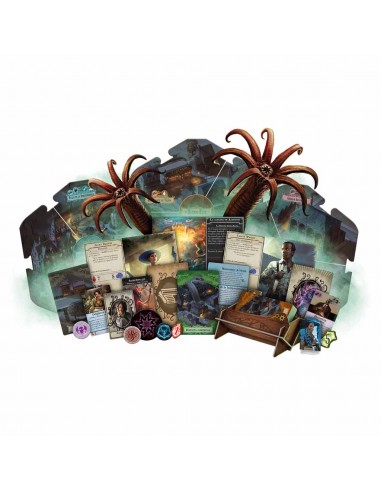 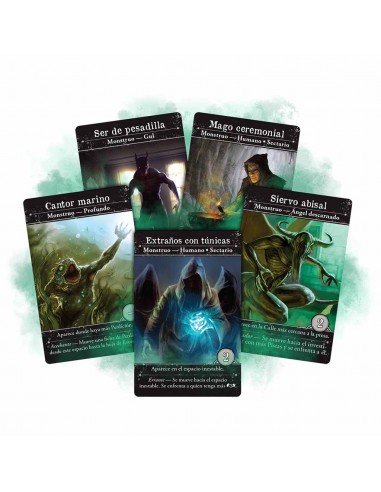 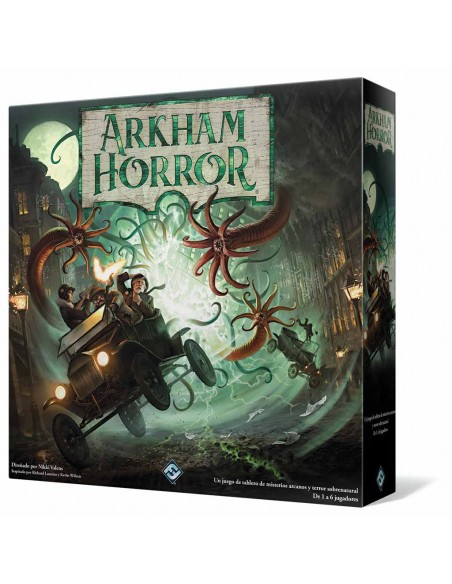 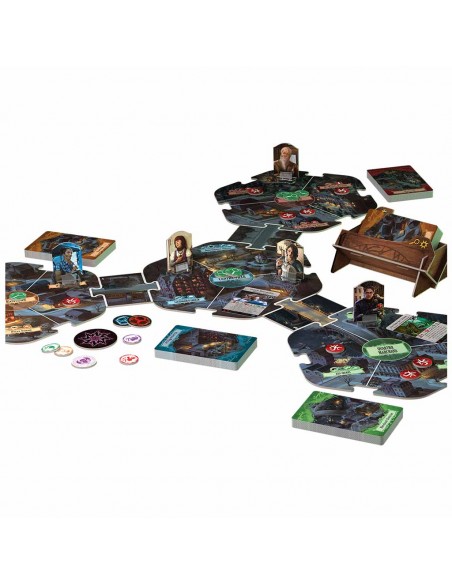 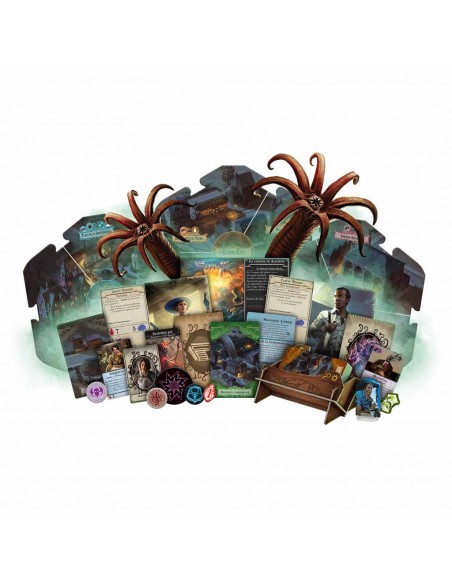 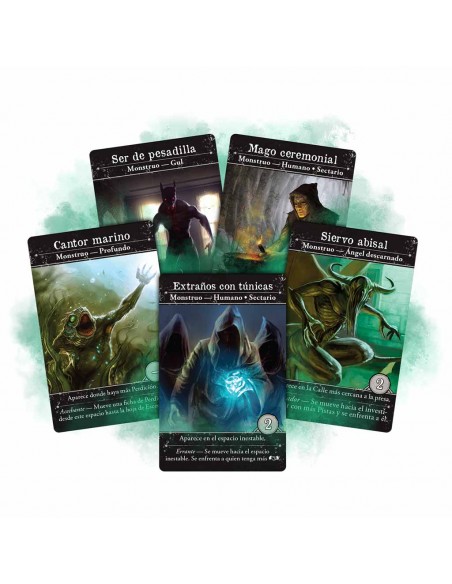 Arkham Horror Third Edition is a cooperative board game for one to six players who take on the roles of investigators trying to rid the world of eldritch beings known as Ancient Ones. Based on the works of H.P. Lovecraft, players will have to gather clues, defeat terrifying monsters, and find tools and allies if they are to stand any chance of defeating the creatures that dwell just beyond the veil of our reality.

The year is 1926, and it is the height of the Roaring Twenties. Flappers dance till dawn in smoke-filled speakeasies, drinking alcohol supplied by rum runners and the mob. It’s a celebration to end all celebrations in the aftermath of the War to End All Wars.

Yet a dark shadow grows in the city of Arkham. Alien entities known as Ancient Ones lurk in the emptiness beyond space and time, writhing at the thresholds between worlds. Occult rituals must be stopped and alien creatures destroyed before the Ancient Ones make our world their ruined dominion.

Only a handful of investigators stand against the horror. Will they prevail?

Infinite Black
EDP-L03
€18.60
Elder Dice add the perfect magical touch to any fantasy or horror roleplaying game. They are also great for enhancing your favorite board games. This set features the branch-shaped version of the Elder Sign that was sketched by H.P. Lovecraft himself. It is a protective ward against the less savory creatures of the physical realm. The symbol replaces the...

Infinite Black
EDP-A03
€18.60
Elder Dice add the perfect magical touch to any fantasy or horror roleplaying game. They are also great for enhancing your favorite board games. This set features the star-shaped version of the Elder Sign, known as the Astral Elder sign. It is a protective ward against the less-savory immaterial creatures of the world. The symbol replaces the highest...

Fantasy Flight Games
AHB04ES
€24.38
Step into a world of horror with Dead of Night, a small box expansion for Arkham Horror! In Dead of Night, investigators explore the facets of Arkham best left unseen in the light of day. Organized crime builds a strong foothold in the city, secret cults labor for a dark master, an alien moon hangs overhead, and unknowable horrors stalk the night. This...
View

Fantasy Flight Games
AHB05ES
€45.04
Under Dark Waves is a new large box expansion for Arkham Horror, taking your investigations beyond the town of Arkham to the other ill-fated towns of Massachusetts. Two new double-sided tiles bring Kingsport and Innsmouth to vibrant life, while eight more investigators arrive to join your party, ranging from a drifter like “Ashcan” Pete to a letter...
View
Tap to zoom