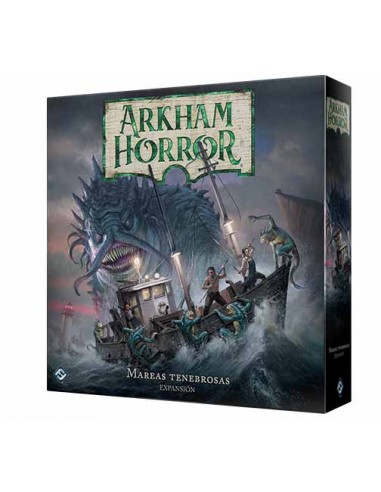 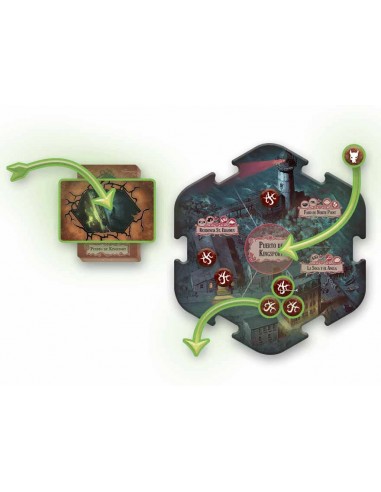 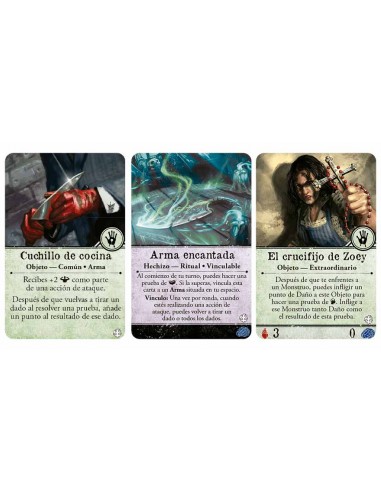 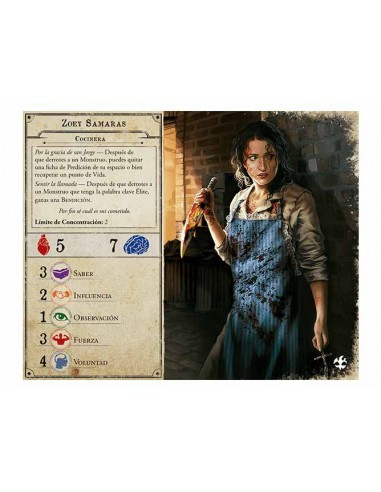 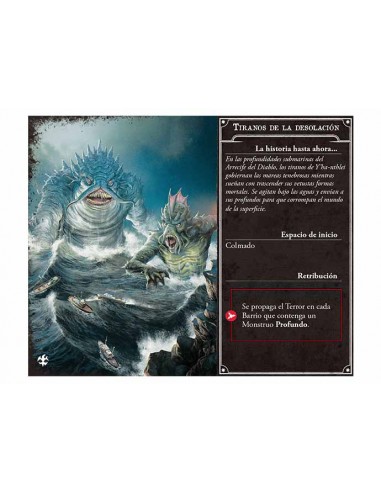 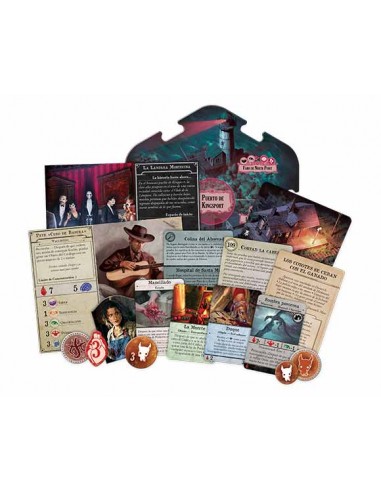 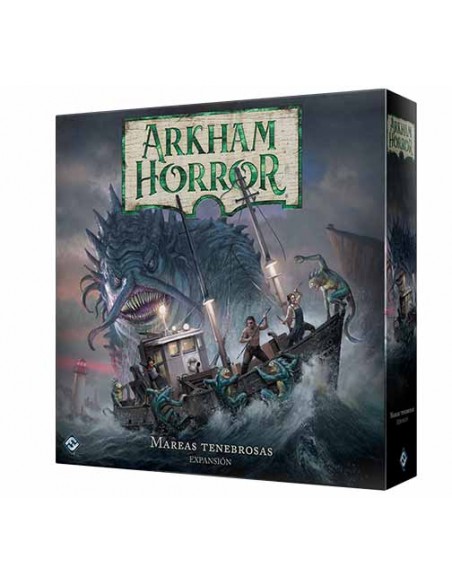 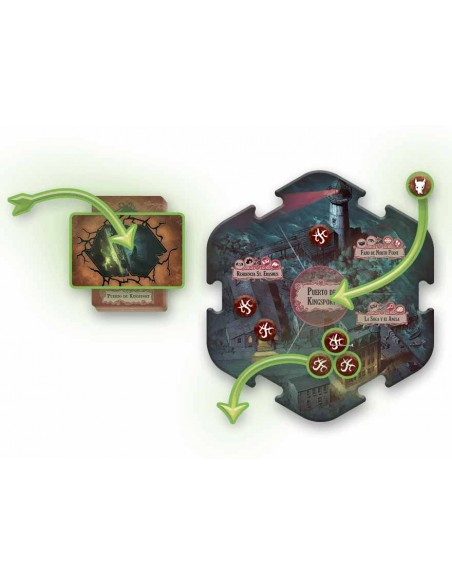 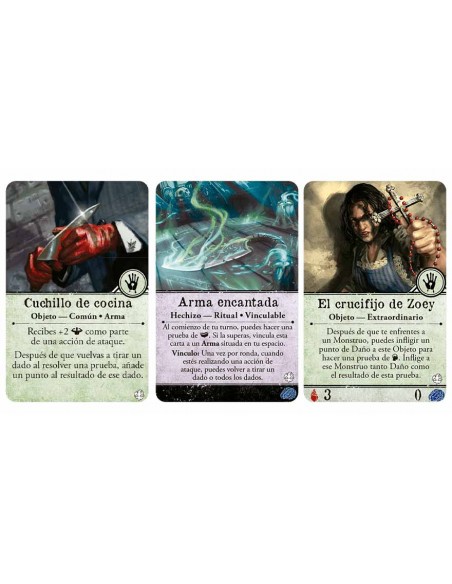 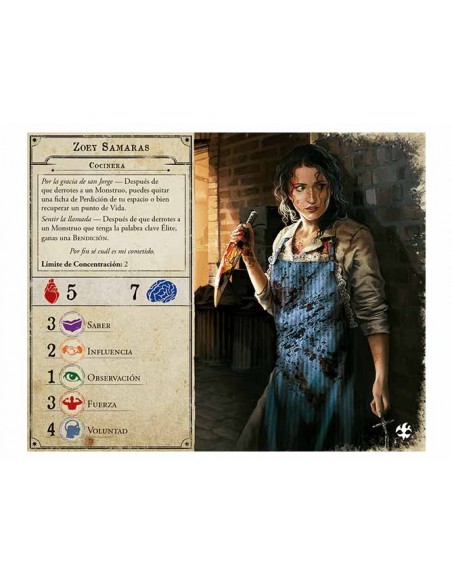 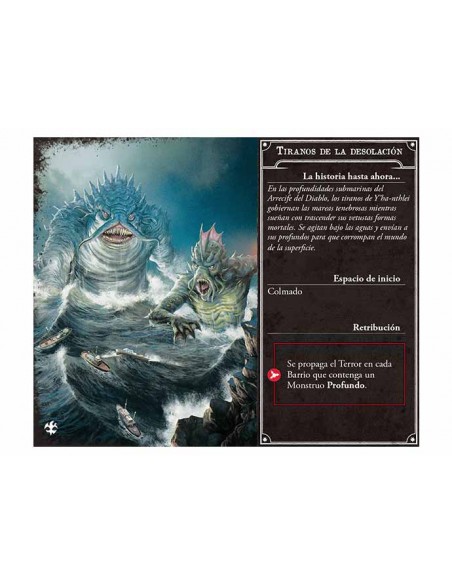 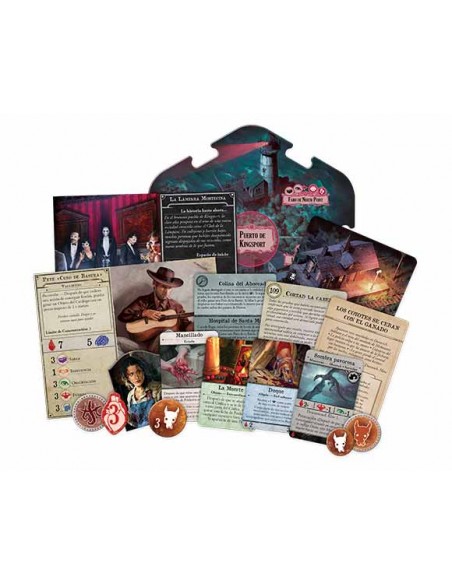 Under Dark Waves is a new large box expansion for Arkham Horror, taking your investigations beyond the town of Arkham to the other ill-fated towns of Massachusetts. Two new double-sided tiles bring Kingsport and Innsmouth to vibrant life, while eight more investigators arrive to join your party, ranging from a drifter like “Ashcan” Pete to a letter carrier such as Stella Clark. These investigators will have their work cut out for them with four entirely new scenarios pitting them against the horrors that lurk beneath the ocean waves. With over 150 encounter and event cards, alongside new assets, monsters, conditions, and the terror mechanic, Under Dark Waves boasts a vast undersea treasure trove, pulling you into some of the Cthulhu Mythos’s most compelling tales.

Cold salt waves beat on the New England coast and thick fog rolls in off the bay, obscuring the small fishing hamlets that nestle in the darkness. Dark things creep along the shoreline, strange lights glide deep beneath the surface of the Atlantic, and the pallid villagers go missing with disturbing regularity.

This is not a standalone product. It requires the Arkham Horror Third Edition Core Set to play.

Infinite Black
EDP-G01
€18.60
Elder Dice add the perfect magical touch to any fantasy or horror roleplaying game. They are also great for enhancing your favorite board games. This set features the Seal of Yog-Sothoth, a cryptic mark left in the margins of books devoted to the occult. The symbol replaces the highest value of each die. Each set of Elder Dice contains the complete set of...

Infinite Black
EDP-E01
€18.60
Elder Dice add the perfect magical touch to any fantasy or horror roleplaying game. They are also great for enhancing your favorite board games. This set features the Eye of Chaos, a symbol of primordial havoc and tumult. The symbol replaces the highest value of each die. Each set of Elder Dice contains the complete set of nine polyhedral gaming dice: 1...

Infinite Black
EDP-S01
€18.60
Elder Dice add the perfect magical touch to any fantasy or horror roleplaying game. They are also great for enhancing your favorite board games. This set features the Star of Azathoth, a symbol suggestive of the emergence and outward expansion of the universe from a mysterious, central source. Each set of Elder Dice contains the complete set of nine...

Fantasy Flight Games
AHB01ES
€53.31
Arkham Horror Third Edition is a cooperative board game for one to six players who take on the roles of investigators trying to rid the world of eldritch beings known as Ancient Ones. Based on the works of H.P. Lovecraft, players will have to gather clues, defeat terrifying monsters, and find tools and allies if they are to stand any chance of defeating...
View

Fantasy Flight Games
AHB04ES
€24.38
Step into a world of horror with Dead of Night, a small box expansion for Arkham Horror! In Dead of Night, investigators explore the facets of Arkham best left unseen in the light of day. Organized crime builds a strong foothold in the city, secret cults labor for a dark master, an alien moon hangs overhead, and unknowable horrors stalk the night. This...
View
Tap to zoom