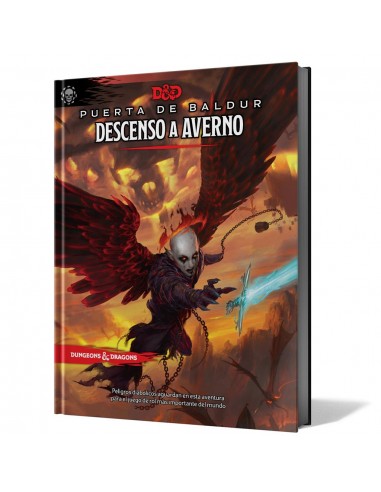 Diabolical dangers await in this adventure for the world’s greatest roleplaying game. Welcome to Baldur's Gate, a city of ambition and corruption. You’ve just started your adventuring career, but already find yourself embroiled in a plot that sprawls from the shadows of Baldur's Gate to the front lines of the planes-spanning Blood War! 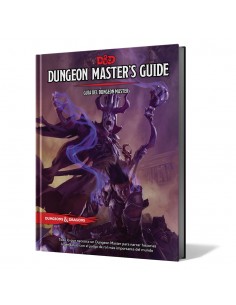 Dungeons & Dragons
D&D_Dungeon_Guide
€47.60
Everything a Dungeon Master needs to weave legendary stories for the world’s greatest roleplaying game. The Dungeon Master’s Guide provides the inspiration and the guidance you need to spark your imagination and create worlds of adventure for your players to explore and enjoy. Inside you’ll find world-building tools, tips and tricks for creating memorable...
View 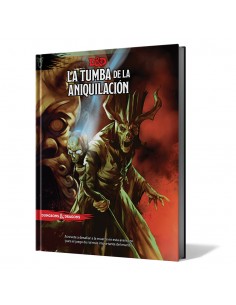 Dungeons & Dragons
D&D_Tumba_Aniquilacion
€47.60
Dare to defy death in this adventure for the world’s greatest roleplaying game. The talk of the streets and taverns has all been about the so-called death curse: a wasting disease afflicting everyone who’s ever been raised from the dead. Victims grow thinner and weaker each day, slowly but steadily sliding toward the death they once denied. When they...
View 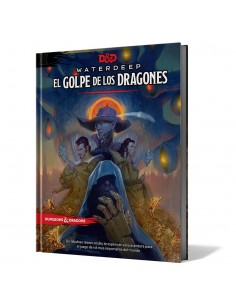 Dungeons & Dragons
D&D_Golpe_Dragones
€47.60
Welcome to Waterdeep! A fantastic treasure trove is yours for the taking in this adventure for the world's greatest roleplaying game. Famed explorer Volothamp Geddarm needs you to complete a simple quest. Thus begins a mad romp through the wards of Waterdeep as you uncover a villainous plot involving some of the city’s most influential figures. A grand...
View 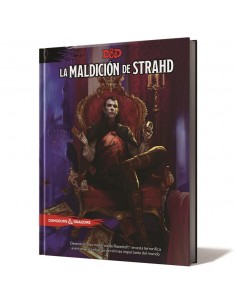 Dungeons & Dragons
D&D_Maldición_Strahd
€47.60
Under raging storm clouds, the vampire Count Strahd von Zarovich stands silhouetted against the ancient walls of Castle Ravenloft. Rumbling thunder pounds the castle spires. The wind’s howling increases as he turns his gaze down toward the village of Barovia. A lightning flash rips through the darkness, but Strahd is gone. Only the howling of the wind...
View 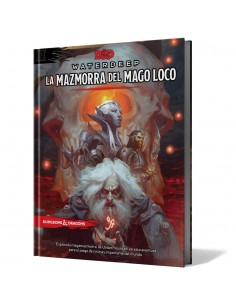 Dungeons & Dragons
D&D_Mazmorra_MagoLoco
€47.60
The Greatest Dungeon of Them All Explore the mega-dungeon of Undermountain in this adventure for the world’s greatest roleplaying game. In the city of Waterdeep rests a tavern called the Yawning Portal, named after the gaping pit in its common room. At the bottom of this crumbling shaft is a labyrinthine dungeon shunned by all but the most daring...
View
Tap to zoom