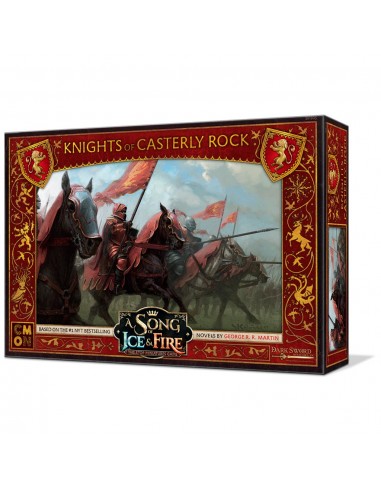 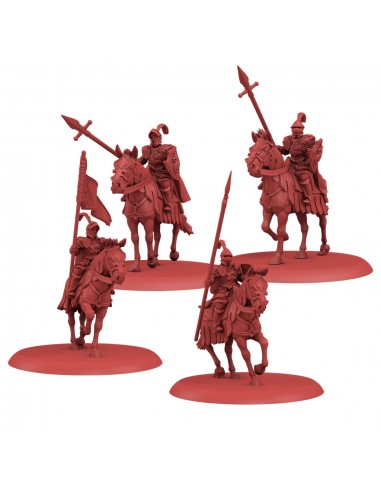 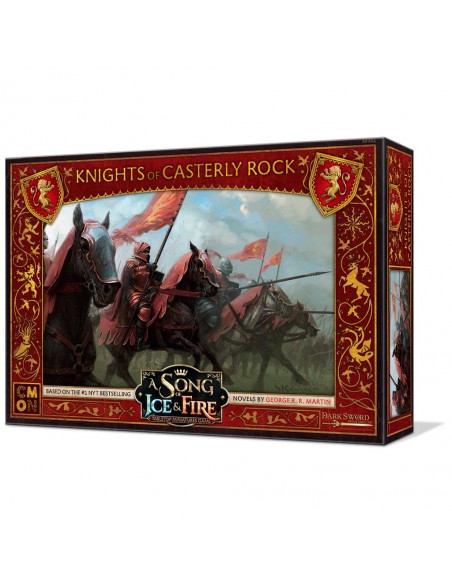 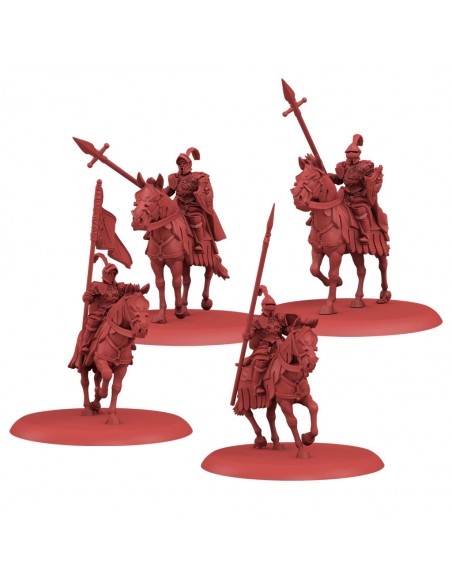 The Lannisters spare no expense when it comes to outfitting their troops. Even the regular line soldier has the finest in arms and armor. So when it comes to a unit as special as their mounted knights, cost is never an issue. The Knights of Casterly Rock have literally the best equipment and training that money can buy. And they are worth every penny on the battlefield as they cut their way through enemy ranks.

The Lannister Knights of Casterly Rock unit box for the A Song of Ice and Fire: Tabletop Miniatures Game brings a fast, hard-hitting, and durable unit to the battlefield. Being cavalry, they get an extra movement at the start of their activation. They are also deadly on the charge, with their weapons gaining Critical Blow and Sundering. Enemies will also quickly become disheartened fighting them, being forces to make Panic Tests whenever the Knights survive a round of combat. 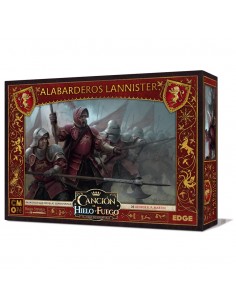 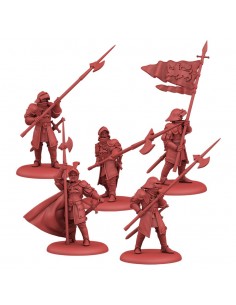 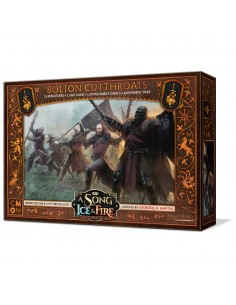 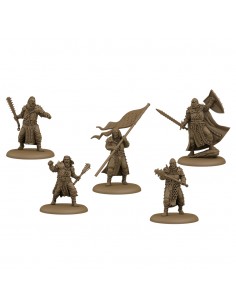 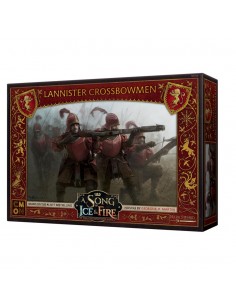 Cool Mini or Not
EECMSI26
€24.38
When it comes to training soldiers, Crossbowmen require a lot less work than average. The real cost comes in the production of the crossbow, itself. Technological advances aren’t cheap, and keeping weapons in working order during war is no easy task. Still, a family with resources like the Lannisters can afford to keep this ranged killing machine armed...
View 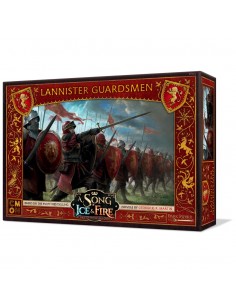 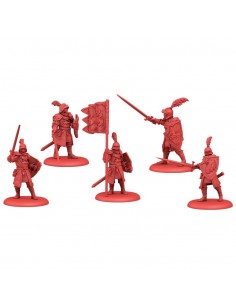 Cool Mini or Not
EECMSI21
€24.38
Of all the Great Houses of Westeros, there is none more wealthy and ready for war than the Lannisters. Wars are fought with money, and the ability to arm troops with the finest steel and equip them with armor to keep them alive and hacking at the enemy goes a long way over the course of a battle. The A Song of Ice and Fire: Tabletop Miniatures Game...
View

Cool Mini or Not
EECMSI20
€24.38
In all of Westeros, there are many a swordsman or woman who lay claim to be the best in all the land, but unless they were one of the seven of the King’s Guard, that boast would most assuredly be simply hot air. The King’s Guard include the seven best soldiers in the kingdom. With the duty of protecting the king from harm, they have to be. The Lannister...
View
Tap to zoom