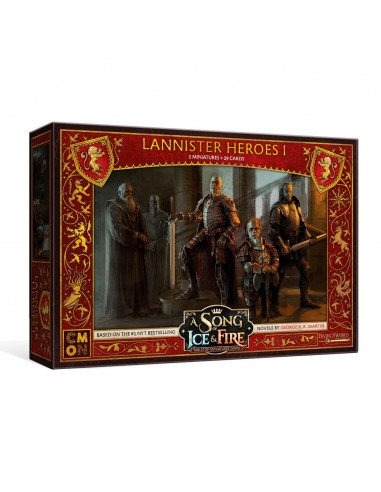 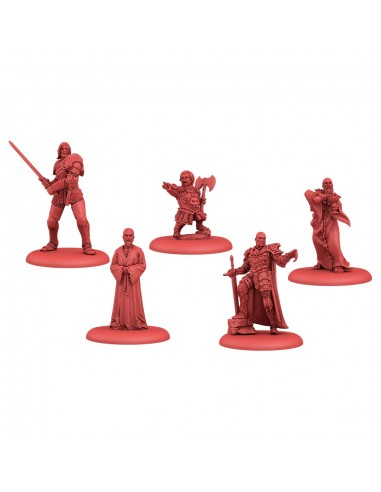 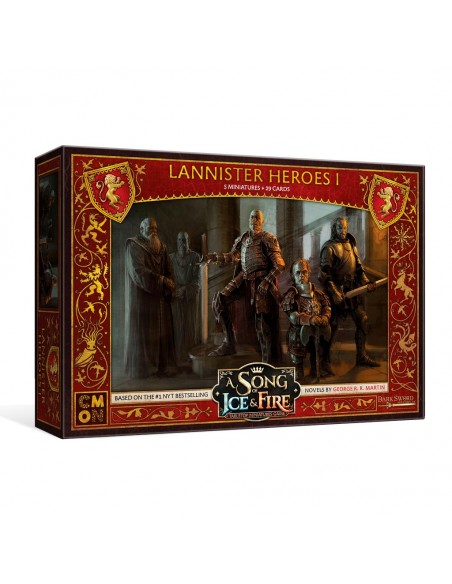 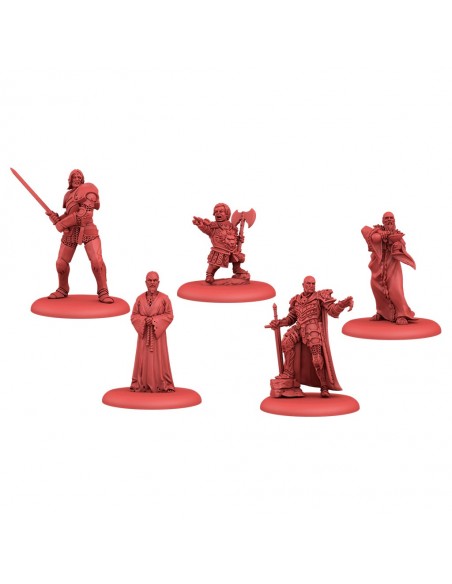 Wars are fought with money, and in the War of the Five Kings, none of the Great Houses are more financially equipped than the Lannisters. They outfit their troops in the best armor and arm them with the finest steel. But troops still need leaders. Some show their strength on the battlefield, like the Hound, Tyrion, or Lord Tywin. For others, like Maester Pycelle and the High Sparrow, their power is felt in the political arena. But make no mistake, they can influence the outcome of a battle all the same.

The Lannister Heroes set for the A Song of Ice and Fire: Tabletop Miniatures Game gives you a powerful advantage in the war for the fate of Westeros.

Cool Mini or Not
CHF_EECMSI22
€24.38
If the Lannisters are known for one thing, it’s their deep pockets. Their wealth lets them afford only the best when it comes to arming and armoring up their troops. Halberds tend to be a relatively cheap weapon to produce, but those made for Lannister troops are still of the highest quality, almost guaranteed to never break, even when receiving a charge...

Cool Mini or Not
CHF_EECMSI26
€24.38
When it comes to training soldiers, Crossbowmen require a lot less work than average. The real cost comes in the production of the crossbow, itself. Technological advances aren’t cheap, and keeping weapons in working order during war is no easy task. Still, a family with resources like the Lannisters can afford to keep this ranged killing machine armed...
View

Cool Mini or Not
CHF_EECMSI21
€24.38
Of all the Great Houses of Westeros, there is none more wealthy and ready for war than the Lannisters. Wars are fought with money, and the ability to arm troops with the finest steel and equip them with armor to keep them alive and hacking at the enemy goes a long way over the course of a battle. The A Song of Ice and Fire: Tabletop Miniatures Game...

Cool Mini or Not
CHF_EECMSI23
€24.38
The Mountain’s Men are drawn from the dregs of society. These men have no morals and it shows in how they fight on the battlefield. They give no quarter. They take no prisoners. Those that try and run must be fast, lest they get cut down from behind. Their ruthlessness is well known by the enemy, and that knowledge spreads through the ranks, sowing fear...

Cool Mini or Not
CHF_EECMSI20
€24.38
In all of Westeros, there are many a swordsman or woman who lay claim to be the best in all the land, but unless they were one of the seven of the King’s Guard, that boast would most assuredly be simply hot air. The King’s Guard include the seven best soldiers in the kingdom. With the duty of protecting the king from harm, they have to be. The Lannister...
View
Tap to zoom