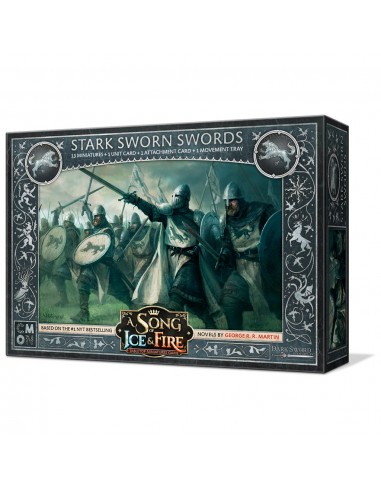 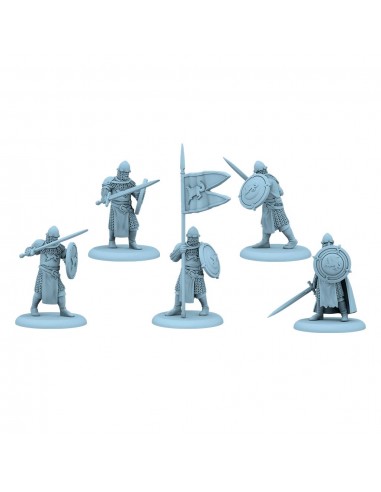 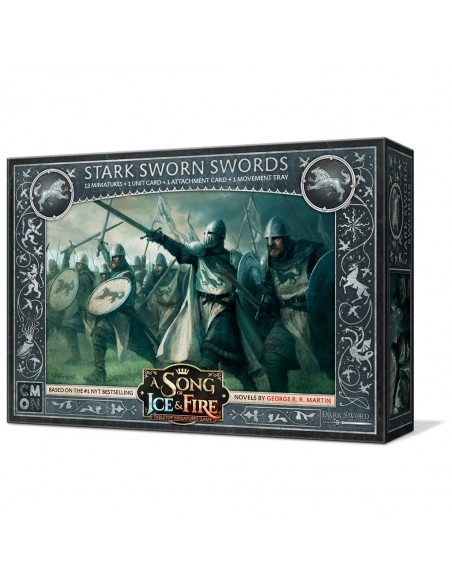 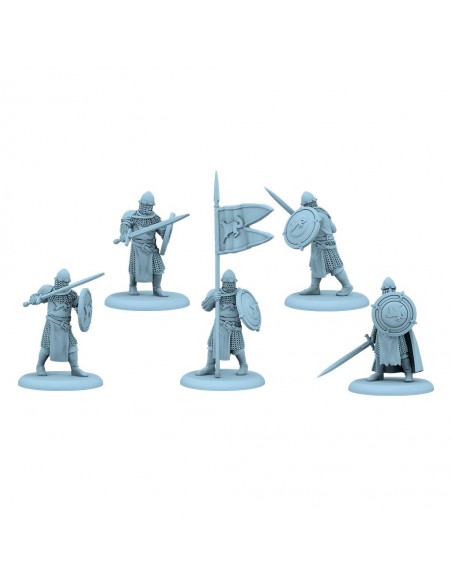 Some units can be judged on their military skills or strength, but in war, when another army is advancing, loyalty is a much more valuable asset. The Sworn Swords are the bedrock of the strategies of the Stark commanders. They are brave and capable to be sure, but their loyalty to the Direwolf banner can never be questioned. To a man, they would rather perish in battle, than leave one of their brothers behind.

The A Song of Ice and Fire: Tabletop Miniatures Game Stark Sworn Swords unit box contains 12 miniature Sworn Sword figures, one Sworn Sword Unit Attachment, a Movement Tray, and all associated Unit cards. These warriors have waited in the frozen North too long, dreaming of battle. They may not be the best equipped units in the war, but they know that shiny armor and pretty swords alone do not make a soldier.

Cool Mini or Not
CHF_EECMSI41
€24.38
The bulk of the Free Folk forces are made up of the everyday people of the various tribes. They don’t have fancy metal armor. They don’t relentlessly train and drill maneuvers. They barely have weapons, just scavenging a bit of bone or old swords from the battlefield. But what they lack in military tactics, they more than make up for in one thing:...

Cool Mini or Not
CHF_EECMSI12
€24.38
The horsemen of Winterfell are well known for their expert riding skills. Though Stark Outriders eschew the heavier armor of many other mounted units, what they lose in durability they more than make up for in maneuverability and speed. Not ones to be bogged down by enemy forces, they can quickly distance themselves from their foes, ready to charge back...

Cool Mini or Not
CHF_EECMSI25
€24.38
The Lannisters spare no expense when it comes to outfitting their troops. Even the regular line soldier has the finest in arms and armor. So when it comes to a unit as special as their mounted knights, cost is never an issue. The Knights of Casterly Rock have literally the best equipment and training that money can buy. And they are worth every penny on...
View

Cool Mini or Not
CHF_EECMSI02
€69.83
In the far North, at the very edge of civilization in Westeros, the Night’s Watch tirelessly guard The Wall against any and all incursions. Formed from the discarded men in society (the lower sons, the criminals, and the bastards), they train hlooking to sow chaos further South. They will need that resolve to keep Westeros safe. The Night’s Watch Starter...
View

Cool Mini or Not
CHF_EECMSI39
€24.38
Taken from the dregs and leftovers of society, there are those that rise through the ranks and achieve places of power on the Wall. The Night’s Watch Heroes I box gives Night’s Watch Commanders all manner of new options when creating their forces. With an array of Unit Attachments, a Non-Combat Unit, and options for new Commanders, the box can really...
Tap to zoom