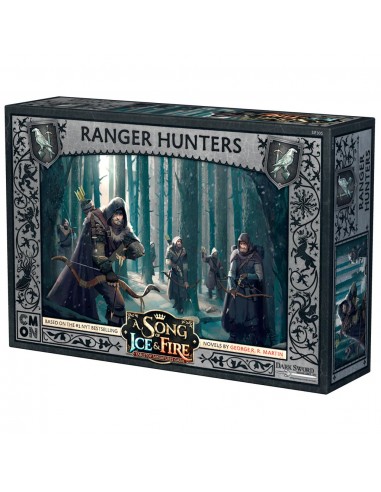 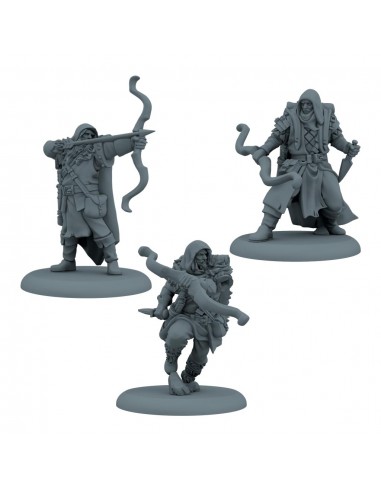 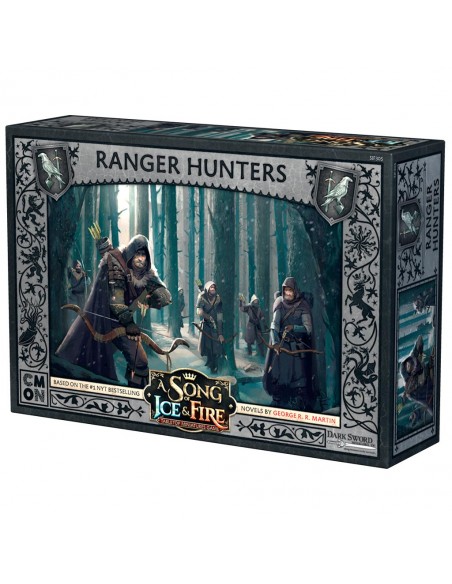 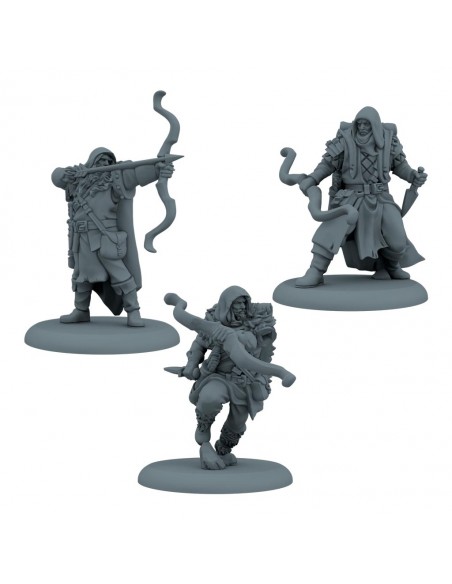 Speed is often the deciding factor in combat. The one that can get in a good, strong strike against their opponent will be at an advantage for the rest of the battle. The swift Ranger Hunters excel at lightning-fast strikes. Using either their short bow or their trusty daggers, they conduct rapid raids against enemies. However, that speed comes at a price in terms of armor. If caught in a protracted engagement, the favor quickly tips against them.

The Ranger Hunters unit box for the A Song of Ice and Fire: Tabletop Miniatures Game gives Night’s Watch Commanders a fast and agile unit on the battlefield. Their short bows can reach out and attack enemies before they can fight back. In melee, their Swift Strike attack allows them a free Retreat maneuver afterward. They also gain a bonus when attacking enemies that have yet to activate, allowing them to reroll misses once.

Cool Mini or Not
CHF_EECMSI16
€24.38
In battle, the goal is to defeat your opponent without being defeated, yourself. If you can attack your enemy and they cannot retaliate, that goes a long way to victory. For House Stark, that means employing skilled bowmen in their ranks. They have trained relentlessly in their everyday lives as trappers, rangers, and hunters. Now, they form up and send...
View

Cool Mini or Not
CHF_EECMSI51
€24.38
On a battlefield where the fighting is done up close and personal, a reputation for vicious brutality can be just as effective a weapon as any blade or bow. The Bolton Cutthroats have simple armor and only a spiked mace at hand, but they are coldly efficient at cutting down enemies with much more elaborate armaments. The A Song of Ice and Fire: Tabletop...
View

Cool Mini or Not
CHF_EECMSI25
€24.38
The Lannisters spare no expense when it comes to outfitting their troops. Even the regular line soldier has the finest in arms and armor. So when it comes to a unit as special as their mounted knights, cost is never an issue. The Knights of Casterly Rock have literally the best equipment and training that money can buy. And they are worth every penny on...
View

Cool Mini or Not
CHF_EECMSI32
€24.38
The Ranger Trackers unit for the Night’s Watch brings a swift cavalry unit to a Commander’s arsenal. They may not hit hard, and a good Commander will keep them out of harm’s way, but their ability to cause enemy units to become Vulnerable is an invaluable resource. Either setting up for a shot from their own recurve bows or a charge from another friendly...

Cool Mini or Not
CHF_EECMSI23
€24.38
The Mountain’s Men are drawn from the dregs of society. These men have no morals and it shows in how they fight on the battlefield. They give no quarter. They take no prisoners. Those that try and run must be fast, lest they get cut down from behind. Their ruthlessness is well known by the enemy, and that knowledge spreads through the ranks, sowing fear...
Tap to zoom