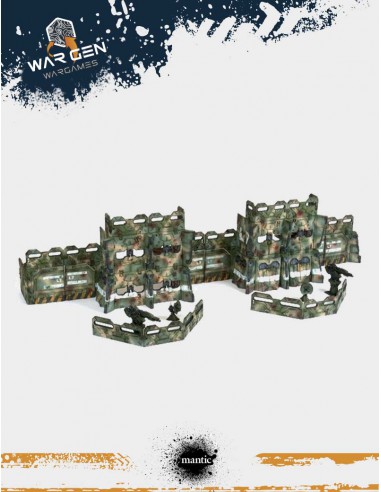 This set contains nearly 360 pieces of modular terrain, allowing you to construct a range of buildings that will provide plenty of cover for any wargame.

Certain objectives need to be held no matter the cost. Central command stations, main drop zones, even important landmarks that would strike a blow against morale if lost. These vital locations will usually be fortified, but if the enemy is expected to make a serious assault full fortified emplacements will be set up. These networks of bunkers and strongholds will take a concerted effort to breach, and even if the enemy does get through they will have paid a heavy price.

This set contains twenty terrain sprues plus 3 connector sprues, allowing you to build several heavily fortified bunkers (or a single massive stronghold) for use in any 28mm wargame. This wargames scenery can be assembled in a variety of different ways, and combined with other sets from Mantic’s Battlezones Tile System range for even more options.

molten_core
3 Reviews
€18.18
Game mat for wargames and miniature games. An ideal game mat to enhance the gaming experience of your favorite industrial or scifi themed wargame. Enjoy your games on this gamemat, which represents an industrial platform on a dangerous terrain plagued by rivers of fire and lava. 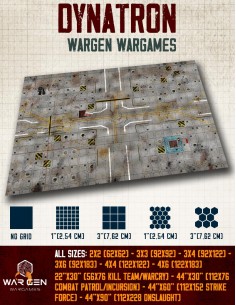 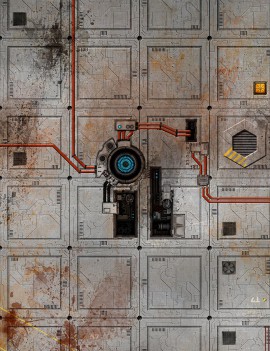 dynatron
2 Reviews
€18.18
Gamemat for wargames and miniature games. An ideal gamemat to enhance the gaming experience of your favorite industrial or scifi themed wargame. Enjoy your games on this gamemat, which represents a crossroads in a futuristic setting. And if you are a Deadzone player, the tiles on this mat are the exact size for this game. 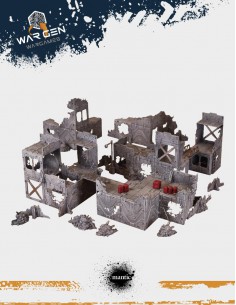 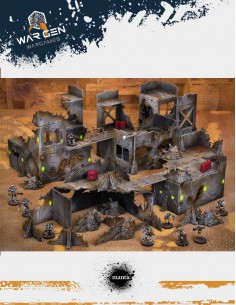 Mantic
bz_ruined_city
€106.61
Humanity fights wars on many fronts across the stars. As quickly as a new colony and infrastructure are established, it is ruined or abandoned to alien incursions. Many armies still fight over these collapsing structures, relying on what little cover they can provide. Knowing that they have been abandoned, too. 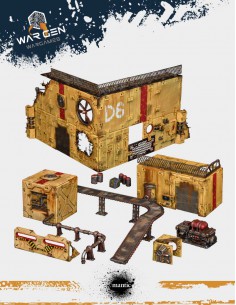 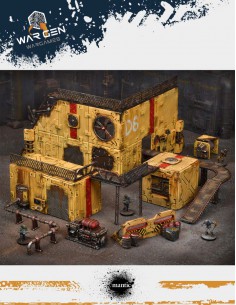 Mantic
bz_industrial_zone
€56.20
The sprawling factory complexes found on human-occupied worlds are often the sites of conflict. Conveyor belts and machinery are used for cover, as the automated systems continue to function despite the raging firefights taking place around them. This set contains nearly 250 pieces of modular terrain including 144 Connectors, allowing you to construct a... 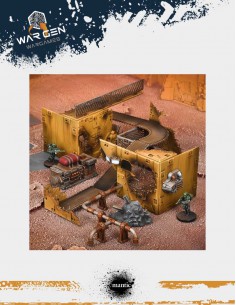 Mantic
bz_forgotten_foundry
€28.10
The industrial areas of the GCPS are swiftly abandoned in warzones, left to rot like those who staffed them. Many rusted derelicts serve as cover for ongoing battles in the outer spheres. This set contains nearly 100 pieces of modular terrain including 48 Connectors, allowing you to construct a range of buildings that will provide plenty of cover for any...
Tap to zoom