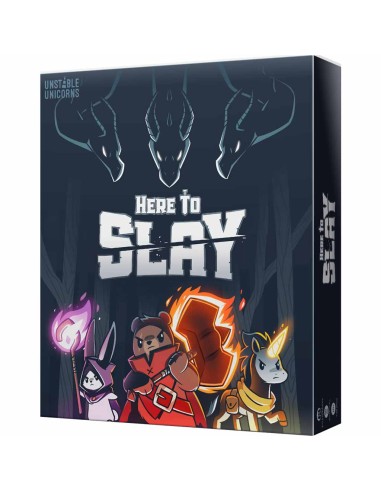 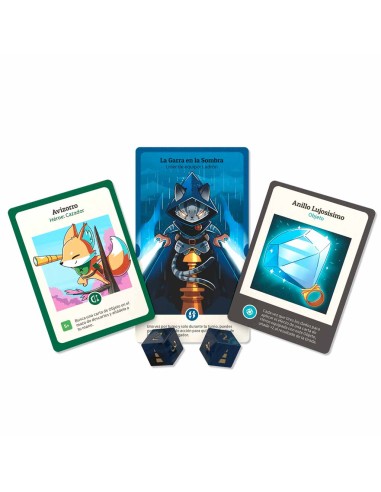 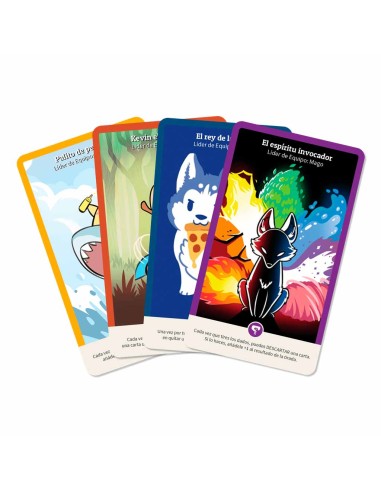 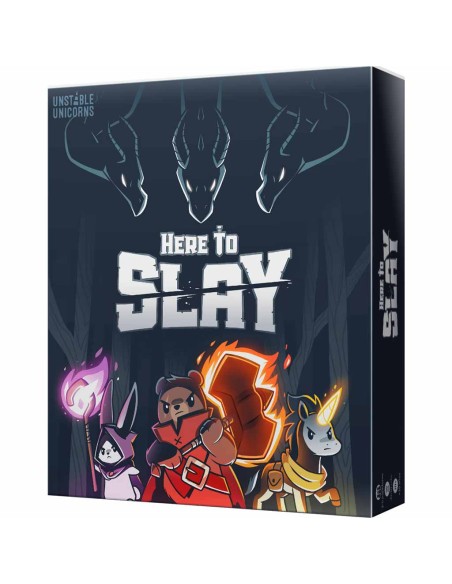 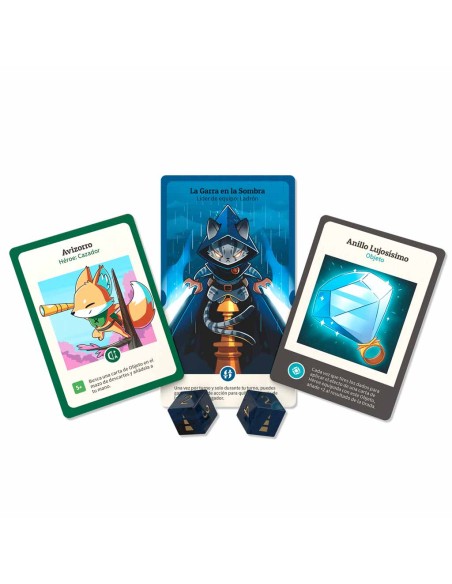 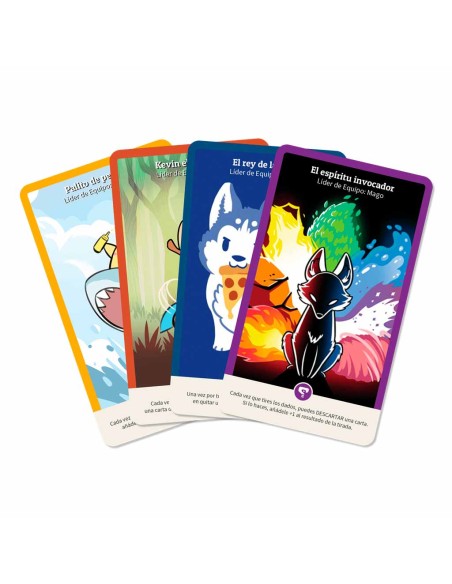 Here to Slay is a competitive role-playing fantasy strategy card game that's all about assembling a party of Heroes and slaying monsters (and sometimes sabotaging your friends too) from the creators of Unstable Unicorns.

In this game, you’ll assemble a full party of heroes to slay dangerous monsters while working to avoid the sabotage of your foes. The game also includes items you can equip to your heroes, 1V1 challenge cards, and roll modifiers to tip the odds in your favor.

The first person to successfully slay three monsters, or build a full party with six classes, wins the game!

Every player gets to choose a party leader character to represent them throughout the game. Each party leader card has a class and a skill that gives you an edge over your opponents. Whether you enjoy fighters, bards, wizards, or thieves, you'll find a party leader that's right for your play style - but choose wisely, because you only get one party leader for the whole game!

Your heroes are brave adventurers, ready to attack monsters and go head to head with your foes! The game includes over 40 unique heroes. Each hero card has a class and an effect, and each hero’s effect has a roll requirement. In order to use a hero’s effect, you must roll two dice and score equal to or higher than that effect’s roll requirement. Heroes take advantage of items, magic and modifiers to increase their chances of making their dice rolls.

In order to slay that monster, you must roll two dice and score equal to or higher than that monster’s roll requirement. Be warned: Each monster has a roll range in which they’ll fight back, and if you score within that range, your party might be in grave danger…

Don't like what your opponent just played? Throw down a challenge! Challenge cards can be played instantly to try to stop another player from playing a hero, item, or magic card. Playing a challenge card initiates a 1V1 challenge in which you and another player both have to roll the dice. If they win the challenge, they still get to play their card, but if you win the challenge, you get to send their card directly to the discard pile! 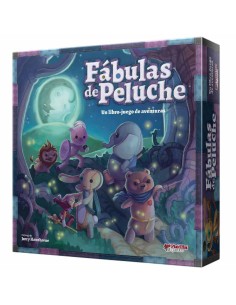 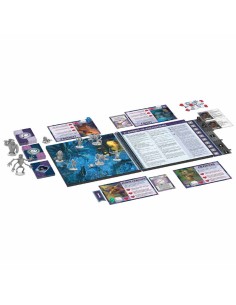 PH2200ES
€56.16 €62.40
They swore to protect the girl who loves them the most, but the stuffed toys have been dragged to The Fall, a fantastic and supernatural realm ruled by the Lord of Nightmares. Stuffed Fables is an adventure game in which players take on the role of brave stuffed animals seeking to save the little girl they adore from an intriguing and evil entity. All the... 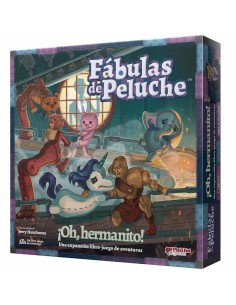 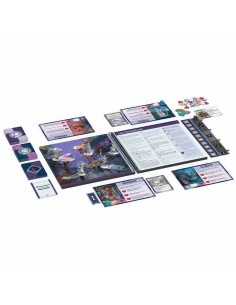 PH2201ES
€39.05 €43.39
The brave stuffies from Stuffed Fables return for another round of bedtime adventures! Years after the original story, a new baby brother joins the family, bringing two toy companions of his own: Pokey the unicorn, a stalwart stuffy, and the muscular Manny, a headstrong hand-me-down action figure. With a sweet little boy to protect from the forces of the... 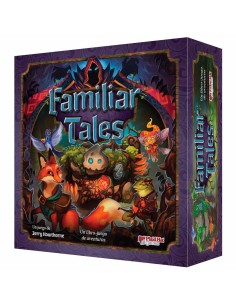 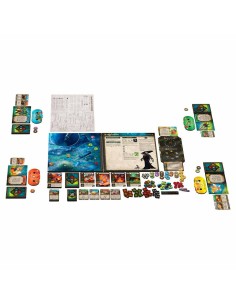 PH3700ES
€59.13 €65.70
Familiar Tales is a co-operative, deck-building, fantasy adventure for 1-4 players. It's an exciting narrative game in which players take on the roles of a wizard's familiars, entrusted with saving and raising a displaced princess. They must keep her safe from the evil forces that would see her dead, but when it comes to children, it is not enough to... 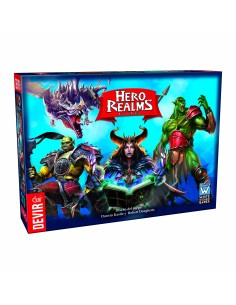 Devir
BGHR
€15.99 €17.77
In Hero Realms, players will start as a particular character (cleric, fighter, ranger, thief, or wizard) and fight cooperatively against a boss, against each other's boss decks, or get to compete in a campaign mode where you will have to overcome different levels of missions until reaching the epic end. Autor: Robert Dougherty, Darwin Kastle... 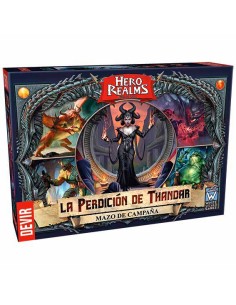 Devir
BGHRUI
€14.50 €16.12
Hero Realms: Thandar's Bane is an expansion for this fantastic deckbuilding game, where you will find new rules for solo and co-op Campaign modes, 3 different missions, each one designed to be more challenging than the last, and new skill and equipment cards to enhance and customize your character. Choose your character, team up with your friends and... 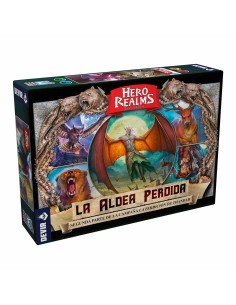 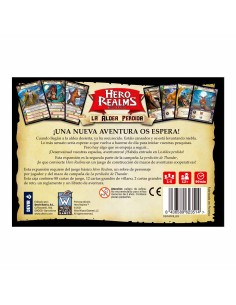 Devir
BGHRALSP
€14.50 €16.12
In The Lost Village: we will all have to join efforts to defeat an AI managed by the enemy's deck through different encounters with increasingly powerful creatures. This expansion allows a group of 1 to 5 players, with a duration of half an hour, to face a good handful of enemies that are increasingly difficult to defeat. The Lost Village continues the...
Tap to zoom